When gasoline sales in California fall, so do emissions and required credits and allowances. Prices for emissions-related credits generally fall along with sales.

This is the reaction the market is currently seeing as a slowdown in fuel sales in California are putting downward price pressure on such California emissions credits such as Low Carbon Fuel Standard (LCFS) prices.

Monthly gasoline sales in California fell sharply (7.9%) in January 2022 after a slight bump up in December 2021. Overall, since October 2021, monthly sales in California fell from a high during this period of 1,201 million gallons to January's low of 1,070 million, or by 131,000 gallons per month. Since January, the last month in which sales data in available, monthly gallon consumption is expected to have fallen even further due to the demand destruction resulting from the increased prices of gas at the pump since the Russian invasion of Ukraine on February 24th. Full-year gasoline sales were likewise the second-lowest on record, an 11% rise from 2020, but a 10% decrease from the pre-pandemic year of 2019. 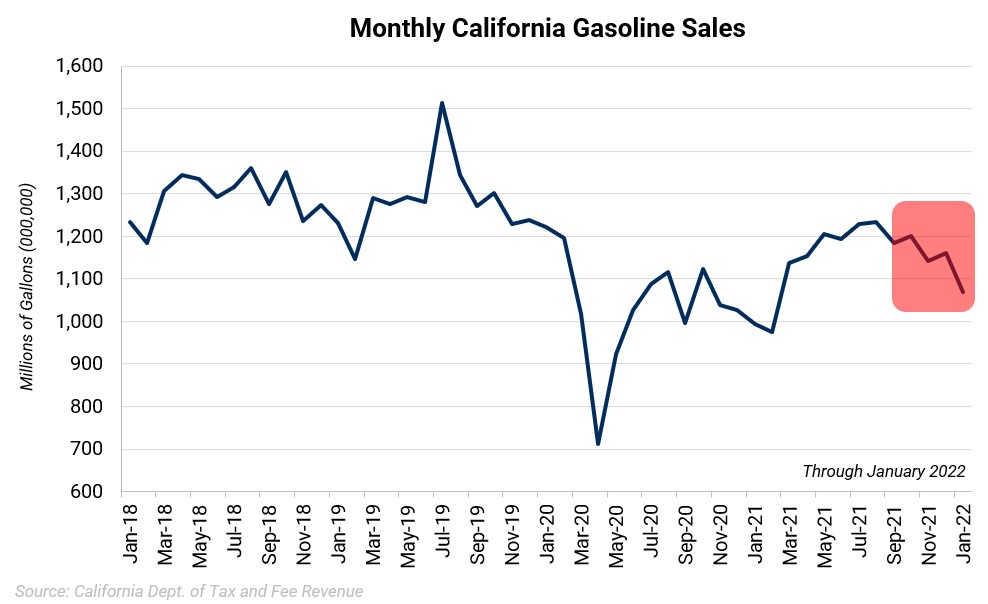 Falling state gasoline sales has helped to prolong the pandemic-induced demand slump for LCFS credits earned to offset the carbon intensity of CARBOB gasoline. Rising supply of low-carbon fuels and dwindling demand for gasoline, which accounts for roughly 80% of LCFS deficits, have contributed to credit prices falling to their lowest levels in four years. Renewable diesel accounted for 31% of all new LCFS credits generated in the third quarter of 2021, the most recent period for which data is available. 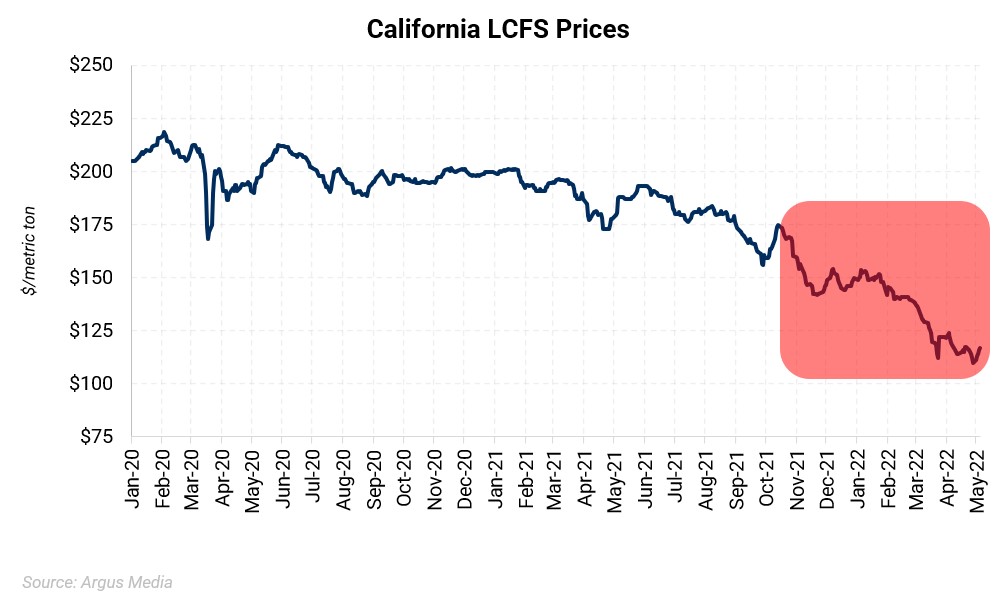 This summer, California regulators will host workshops to consider tighter LCFS objectives. The California Air Resources Board (CARB) intends to release a draft scoping plan for climate policies and regulations, including the LCFS, in May. This summer's workshops will focus on accelerating the reduction of carbon intensity of transportation fuels through the LCFS before 2030 and beyond. CARB's interest in tighter LCFS standards comes at a time when spot credit prices for the program are at their lowest in over four years.