Air travel is expected to see a boost, as the U.S. has opened its airports to any international travelers who are fully vaccinated against COVID-19. Since last year, people without U.S. citizenship, green cards, or special exemptions have been barred from traveling to the U.S. 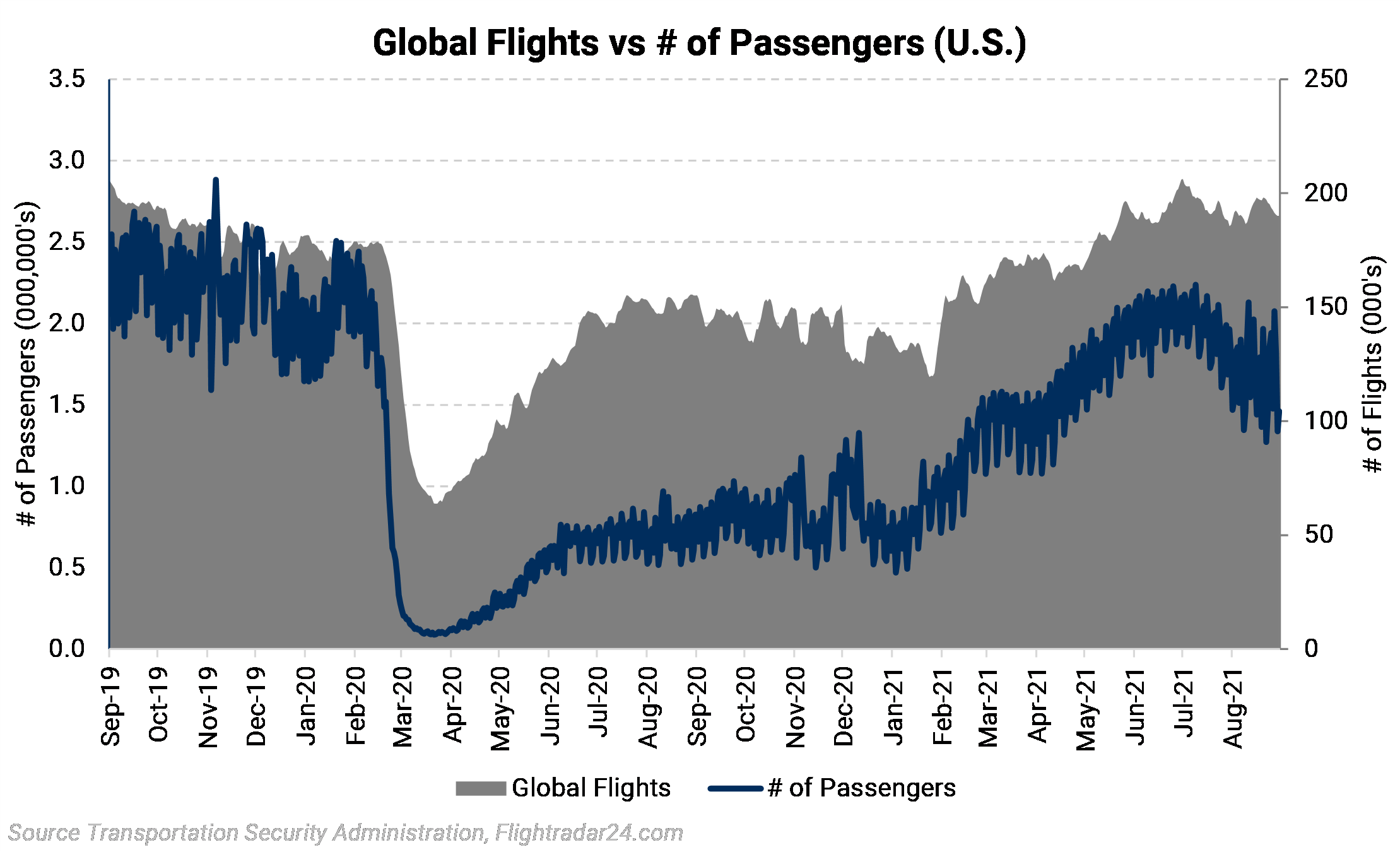 The increase in demand for air travel has helped U.S. jet fuel prices stage a modest recovery over the past few months. The U.S. Gulf Coast jet fuel benchmark (Gulf Coast Jet 54) is now at 204 CPG., its highest level since November 2018. The rally in crude prices is partly to blame as WTI has already recovered strongly and sustained near levels not seen in several years. 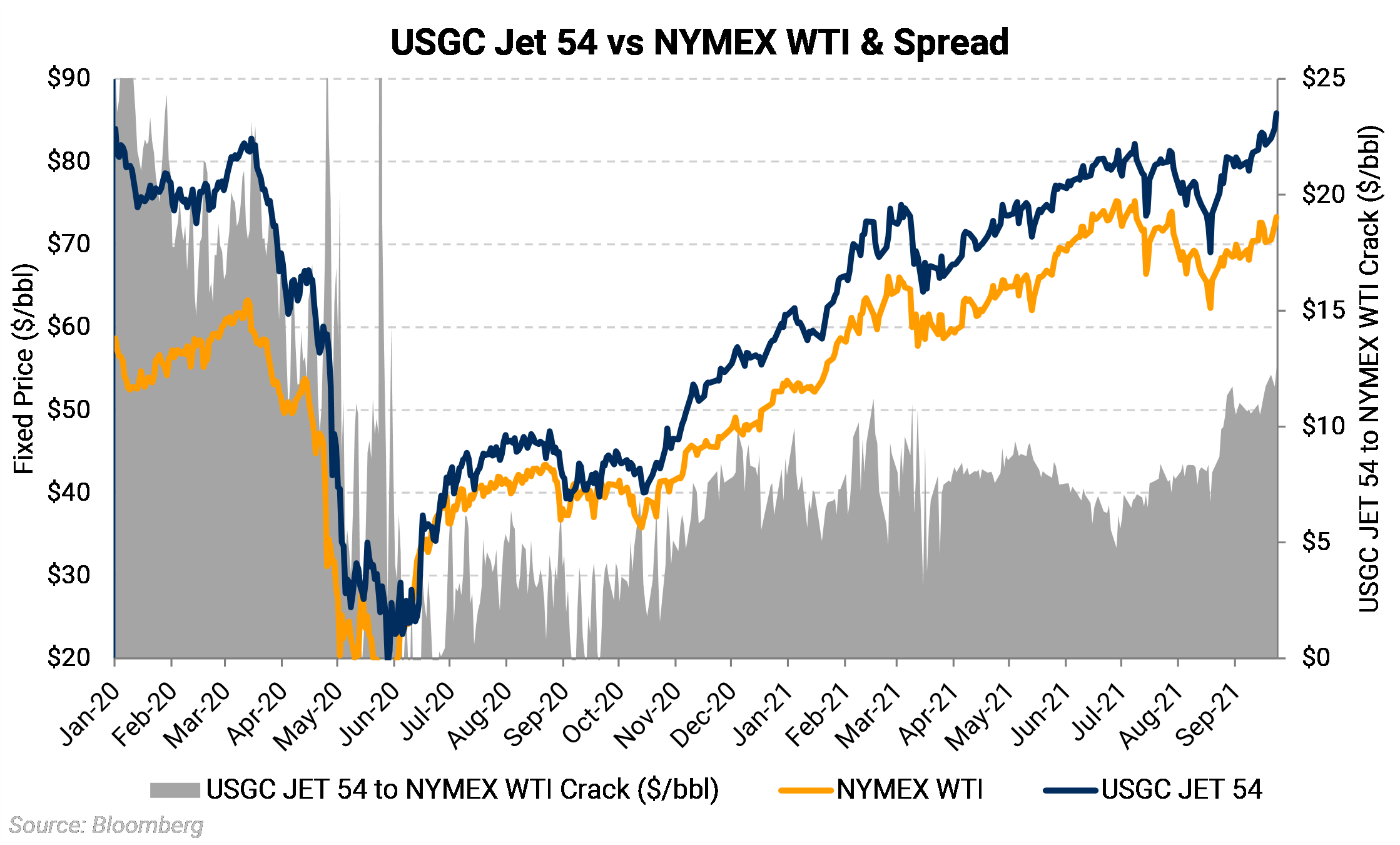 The crack spread serves as an effective proxy for unlinking the two as it represents the rough value gained by refining a product. If the underlying refined product rally outpaces the cost of its input, in this case, WTI, then the profitability for a refiner would theoretically increase. Over the past few months, the USGC JET 54 to NYMEX WTI crack has widened and is now at its highest level since January 2020, before the pandemic began.

The recovery in demand and widening crack is reflected in the EIA’s jet-kerosene product-supplied data. The stat can be used to gauge consumption in the U.S., and in recent weeks consumption has been just shy of pre-pandemic levels. The chart shows the pace at which jet fuel consumption has increased since reaching a bottom last May during the COVID lockdowns. 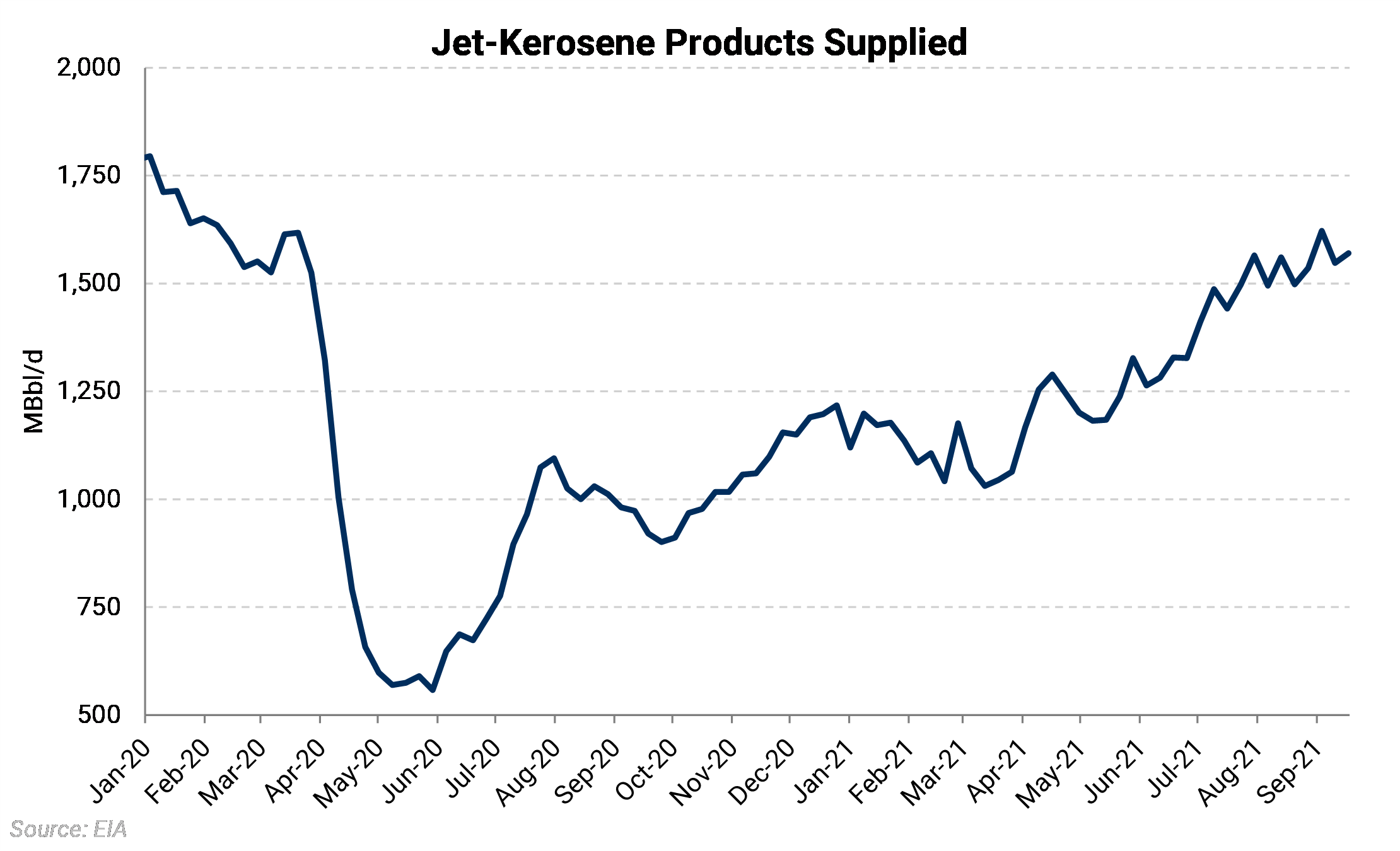 Jet fuel consumption, like gasoline and other transportation fuels, has a seasonal element to it. When comparing the average in September so far to September 2019, the U.S. is still consuming 150 MBbl/d less, which is the smallest average deficit to a month in 2019 so far this year.

Jet fuel has been the primary laggard among refined products as gasoline and distillate consumption have both reached pre-pandemic levels. However, once the restrictions on international travel to the U.S. end in November, it may help push jet fuel consumption closer to where it was before the pandemic, which would also bode well for crude and jet fuel prices.