Strong domestic demand, low domestic inventories, and high exports have helped fuel a rally in propane prices. Prices have doubled from where they were during this time last year. The Mont Belvieu prompt-month contract (C3) is at its highest season level since 2014 and is trading at $1.04/gal. 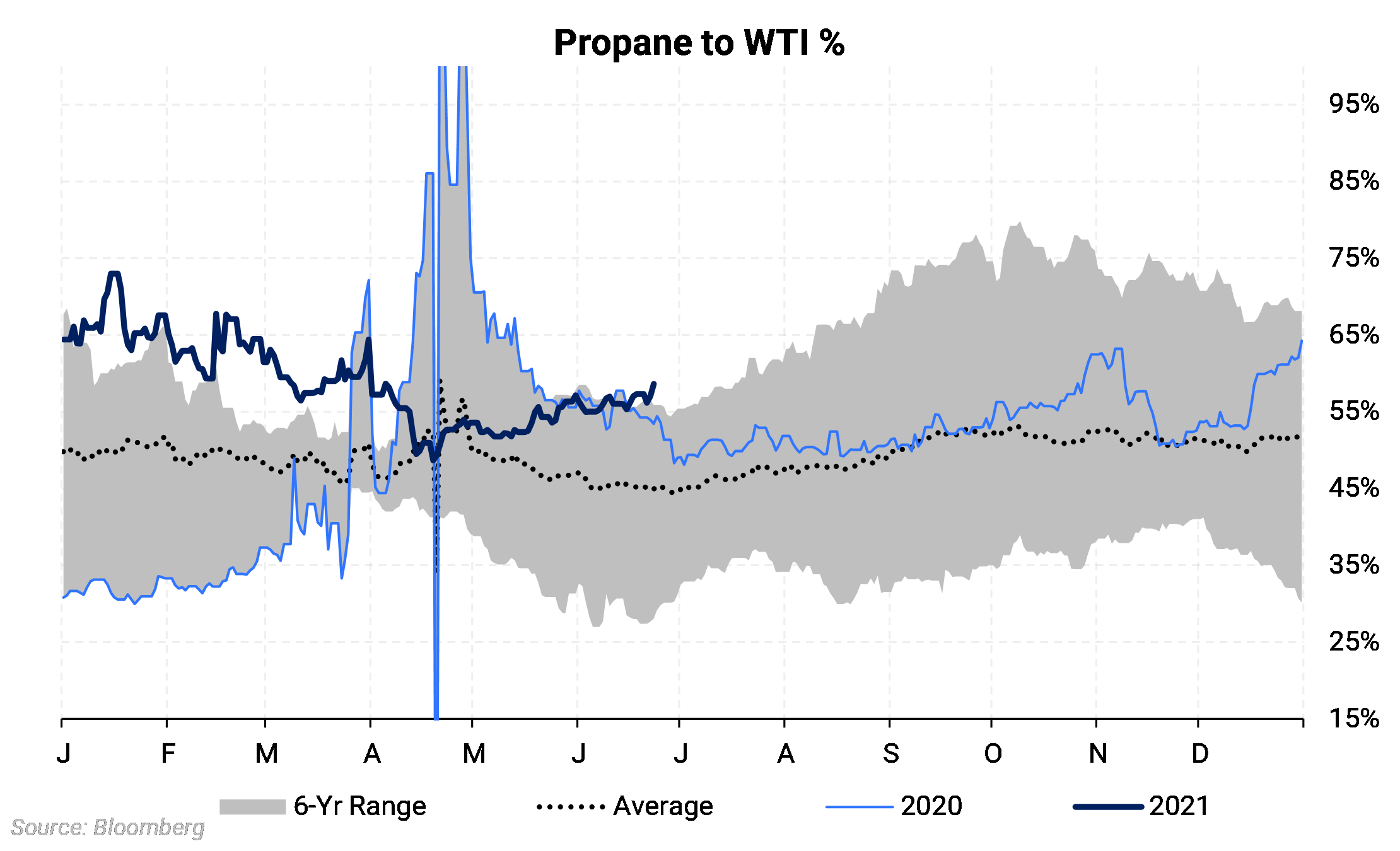 Propane as a % to WTI (converted to cents per gal. - $WTI/42 ) is at its highest seasonal level in at least the last six years. It is even more impressive when considering WTI is trading around $74, and has rallied by 19.5% or $12 (28 cpg.)  since propane began gaining as a % to WTI toward the end of April (June 25). The prompt-month Mont Belvieu price has rallied by 25c or 32% during that same period.

Its ratio to WTI has fallen from where it was during the winter season, however, that follows the seasonal pattern. Propane demand peaks during winter when the fuel is needed for heating, while crude does not exhibit the same seasonality.  When winter fades, so does the accompanying residential and commercial demand, leaving industrial demand users as the primary source of consumption. 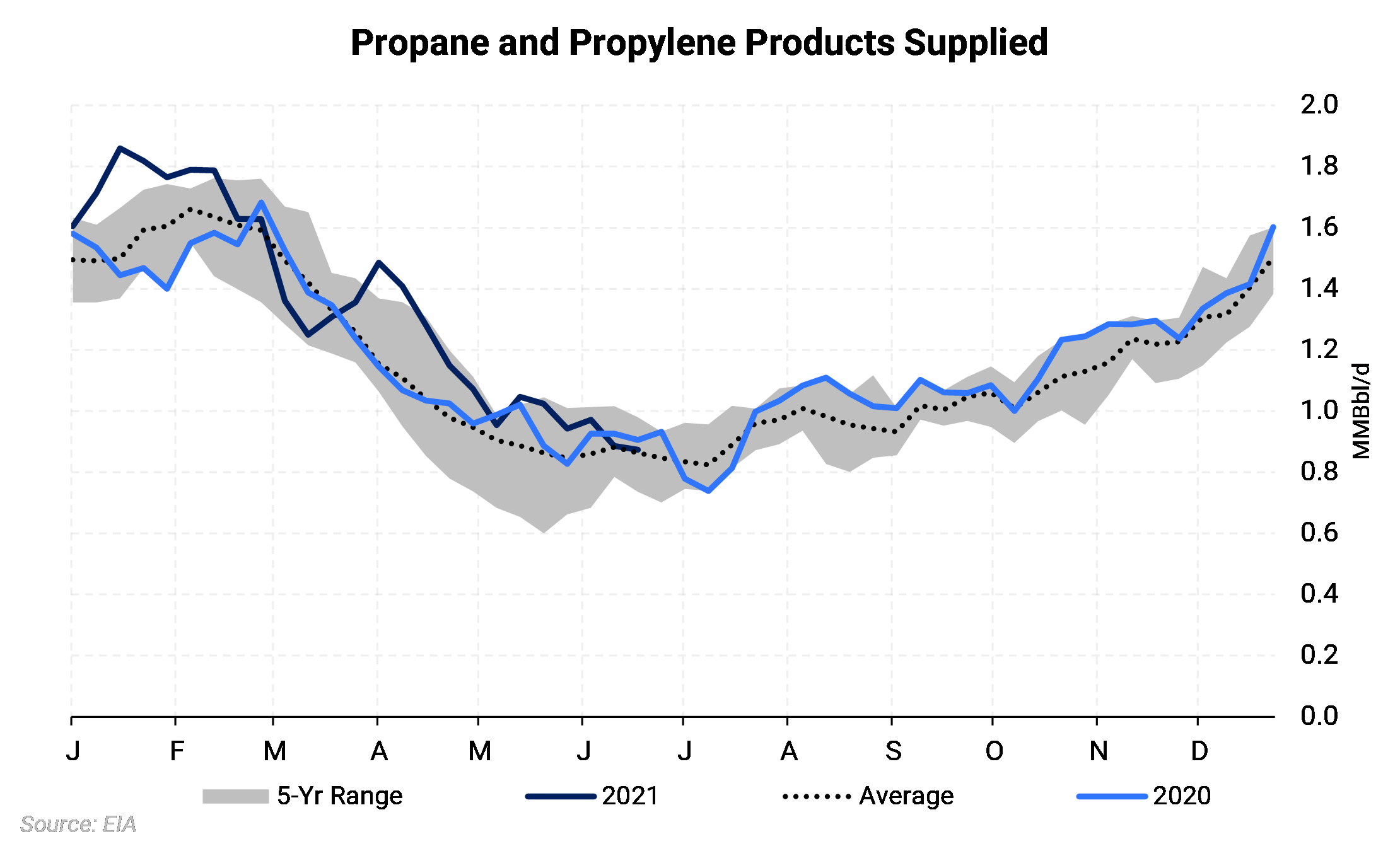 Demand has been strong throughout most of the year, as it just recently fell back to the five-year average for the first time since March. The chart above shows demand has been consistently near its highest seasonal level in the last five years. The large number of propane products supplied in January and February was largely weather-driven. Demand dropped off slightly in March but has rebounded strongly since.

The U.S. exported 1.18 MMBbl/d of Propane and Propylene during the week ending June 18. The chart above shows how exports have fared so far this year. Like domestic demand, export demand has been very high through most of the year. The dotted navy-blue (lighter shade) line is the 4-week moving average and helps show the overall trend. 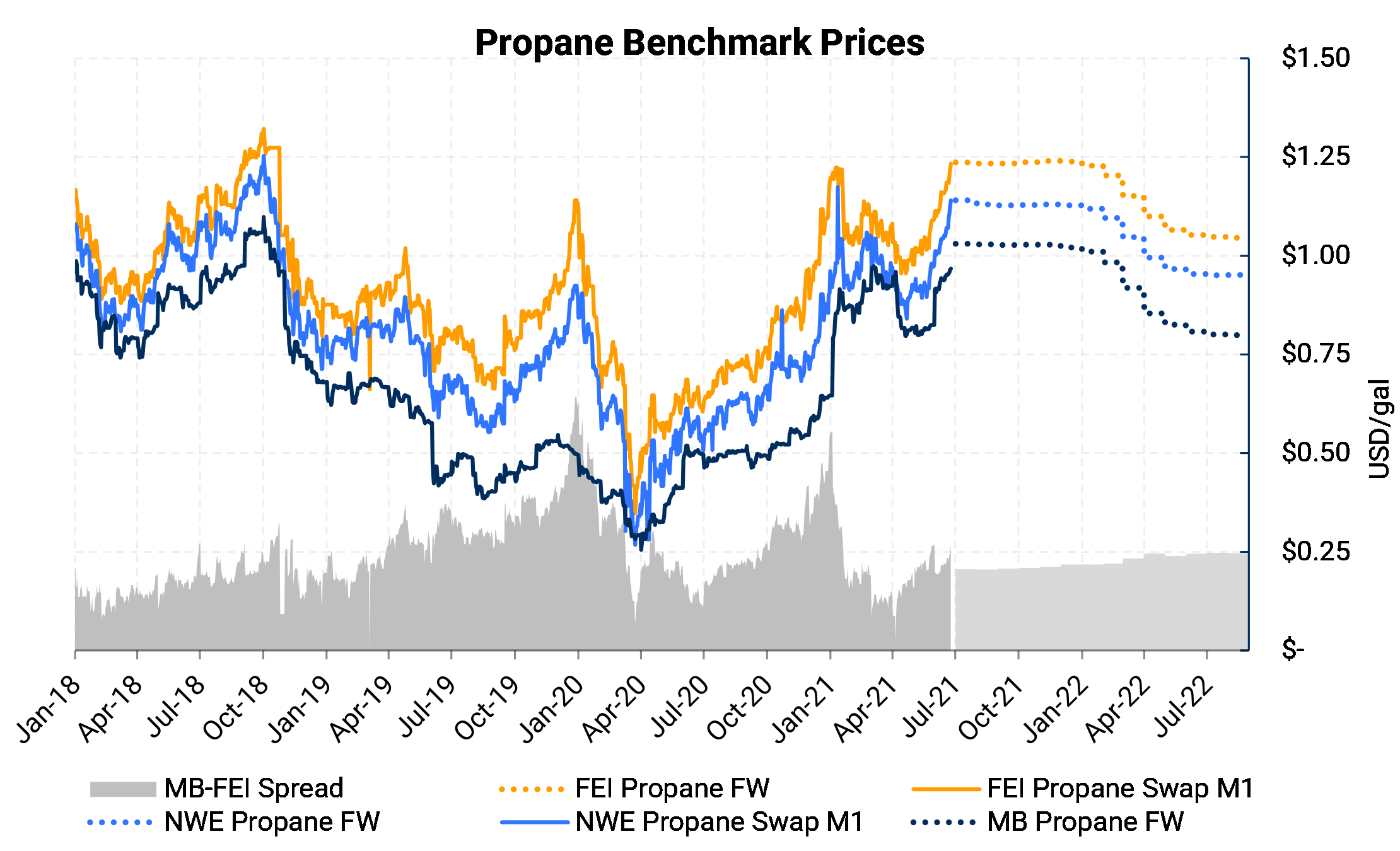 The chart above shows different global benchmark prices for propane and includes the Mont Belvieu propane price. Prices for propane at Mont Belvieu had hit a multi-year high of 102.5c/gal. on February 18, 2021, while the region dealt with Winter-storm Uri. Prices then retreated to 73c in April, before steadily climbing to 103c on June 24, its highest seasonal level in seven years.

Propane prices have rallied even more in other countries, which has helped widen the export arbitrage since March. Since May 25, the northwest European (NWP) and Far East Index propane prices have both rallied by 18c, while the Mont Belvieu price has only increased by 14c. Like the U.S., other countries have had an increased need for the fuel coming out of the pandemic, and the widening arb explains why the increase in Mont Belvieu C3 prices has not put a dent in export demand yet.

The last part of the equation is inventory levels. While we entered last winter with reasonably healthy levels, the return of pent-up demand that accompanied COVID-19 and lower propane production caused inventories to fall well below the five-year average.

Propane inventories are currently around 56.2 MMBbls, which is 15% below the five-year average. The shortage in inventories looks like it may last for a while as U.S. propane production has not even recovered to pre-pandemic levels yet. Propane is a by-product of oil and gas production, and producers have been reluctant to begin drilling again, which has caused pain further down the value chain. 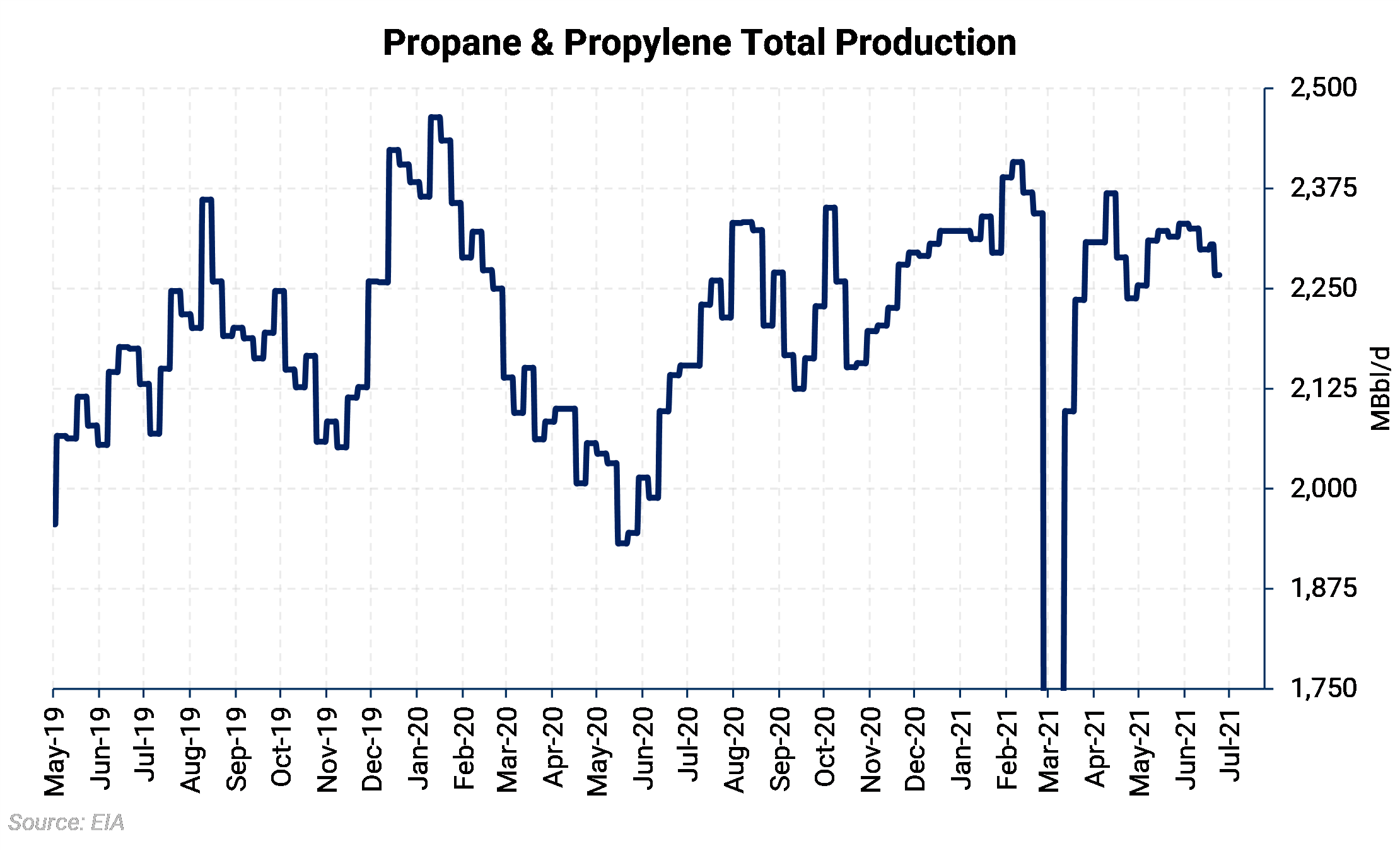