Nord Stream 2 could be built by summer 2021 after Russia and Gazprom believe they can sidestep U.S. sanctions and restart pipe-laying.

The Nord Stream 2 project has been a contentious item between the U.S. and Russia. The U.S. wants to deny Russia more gas transportation into Western Europe that could come with added influence for Russia over the region, specially Germany. The 5.3 Bcf/d, 764-mile Nord Stream 2 also has the capability to impact LNG imports into Europe - an important destination for U.S.-sourced LNG. 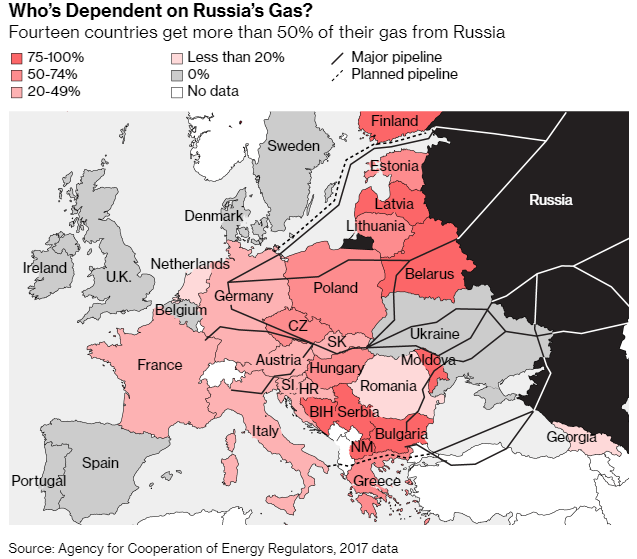 Source: BloombergThe chart above shows who relies on Russian gas, per Bloomberg. Nord Stream 2 stands to increase the reliance on Russian gas for European countries.