According to the EIA, gas as a percentage of total generation will fall from 37% in 2021 to 35% in 2022. There are two reasons behind the decline in natural-gas-fired power generation. The first is a pickup in renewable generation as new capacity comes online. Second, coal-fired power generation is expected to remain strong as high gas prices make it more competitive.

The prevailing sentiment in 2021 was that gas prices were relatively inelastic to prices, but EIA data shows that it is not entirely true. Coal-fired power generation increased in 2021, and the EIA expects the fuel source to see continued strength in 2022. 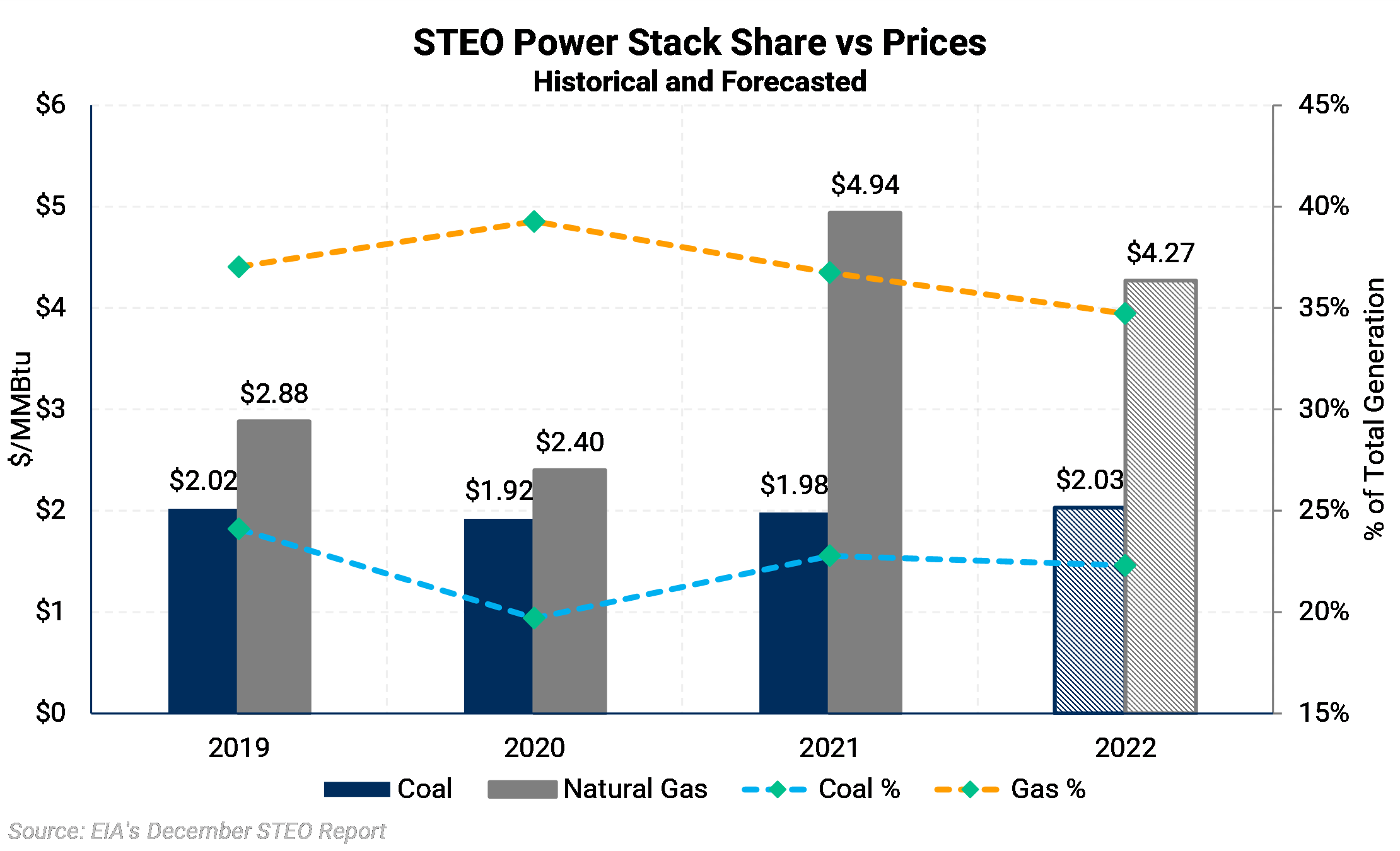 The chart above uses EIA's December STEO data and shows the agency's outlook for each fuel's share of the power stack, and their estimate of Henry Hub prices. While gas fared well during periods of low prices, the recent rally has caused its share of the power stack to decline, falling below 2019 levels. Meanwhile, coal as a % of total generation increased for the first time since 2013 in 2021.

The return of coal is even more impressive because it is gaining market share despite the massive number of retirements due to burdensome environmental regulations over the last several years. Since 2015, the nation's coal fleet has fallen by around 22%, from 285 GW to about 220 GW. In addition, utilities have already announced over 10 GW of planned cancellations for 2022 and 2023. 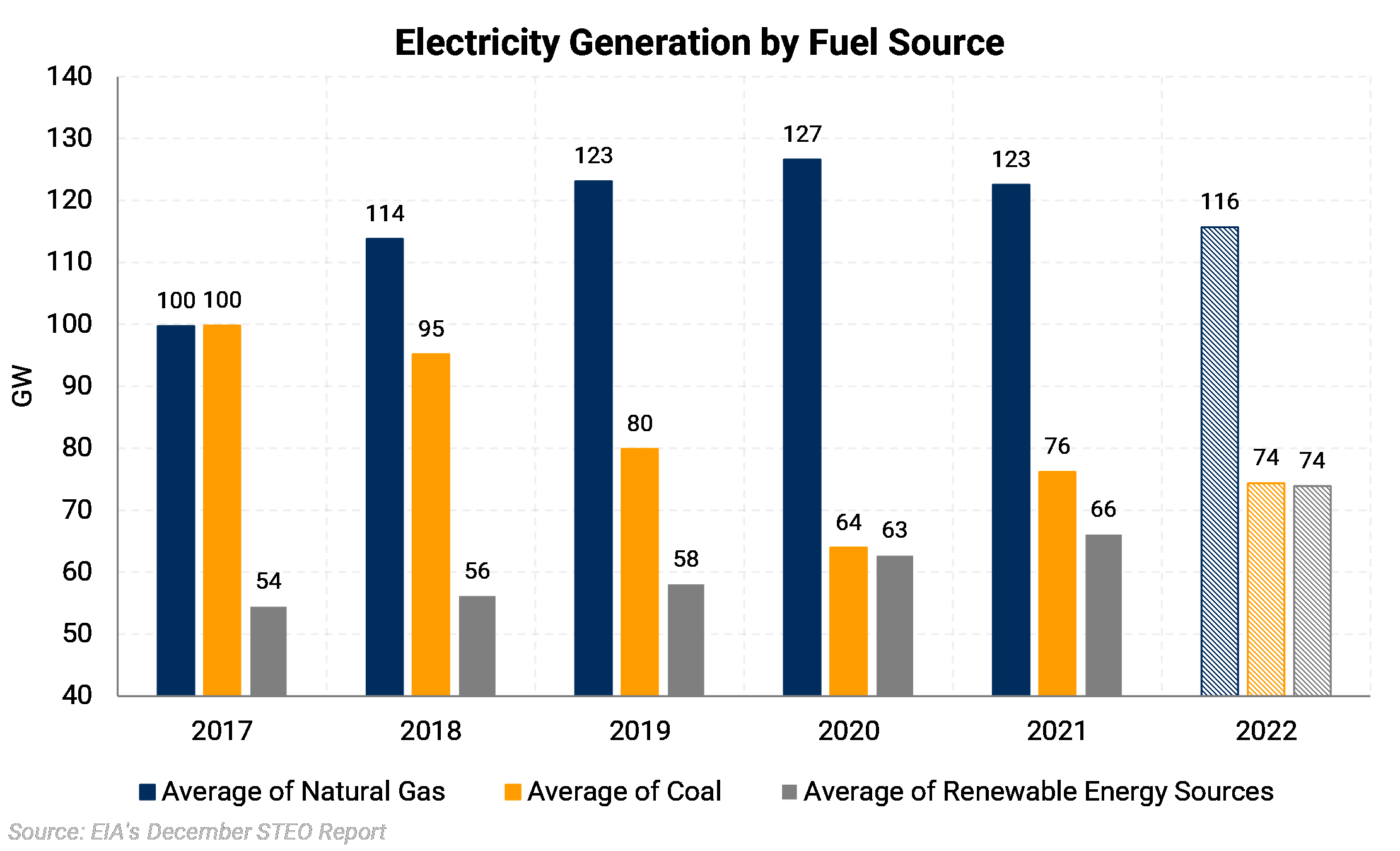 The chart above shows U.S. electricity generation by fuel source, using EIA's December STEO report. Each year renewable capacity has continued to grow at a record clip, with 2022 slated to be the largest year-over-year increase yet. Further, when renewable capacity increases, it permanently displaces other fuel sources as it is the lowest variable-cost source once the facilities have been built. Rising electricity prices have added more incentive to invest in renewable technology. For the first time, power generation from renewables will be nearly equal to coal-fired power generation, EIA data shows.

In conclusion, due to higher gas prices, natural-gas-fired power generation (yearly average) decreased slightly in 2021 and is forecast to fall even further in 2022, snapping its streak of annual gains. The higher gas prices make coal more attractive for power generation. In addition, the massive buildout in renewable capacity will also threaten gas’s share of the power stack.