A decline in Chicago gas basis this month has rippled through the Rockies and Midcontinent. Colorado Interstate Gas (CIG) prices have fallen about 20c since a peak of -$0.025 only 10 days ago. Even with the recent drop in CIG, the full calendar 2021 strip is still near its best level since 2016. Over the past two years the 2021 strip for CIG has averaged -$0.50. 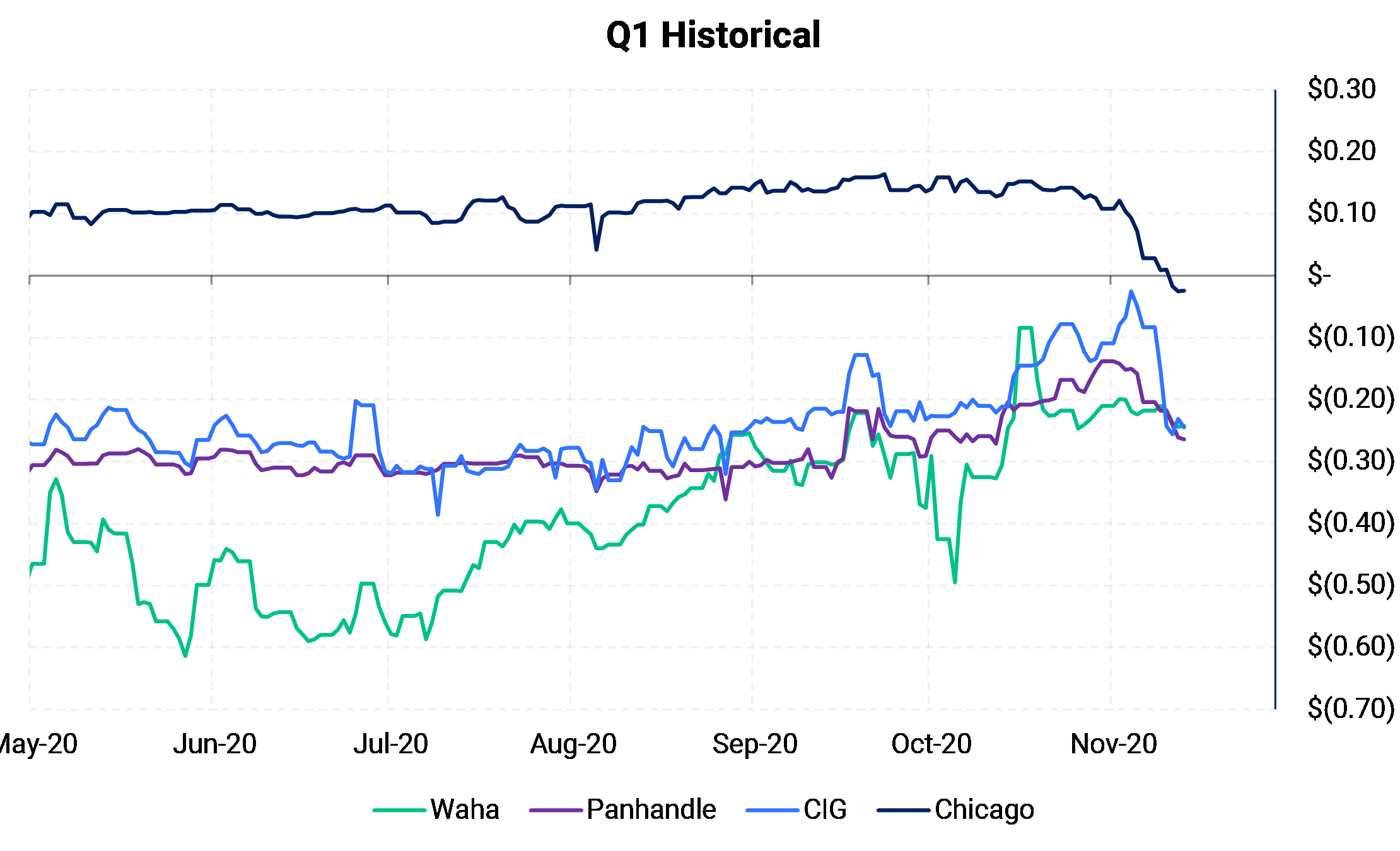 Demand in and around the Chicago market has recently slumped as actual and forecast temperatures have been above average, or mild. Cumulative heating degree days (HDDs) down the road in Milwaukee have returned to seasonal normals after previously trending higher than usual. The near-term weather forecast also shows a continuation of very mild or "normal" temperatures. 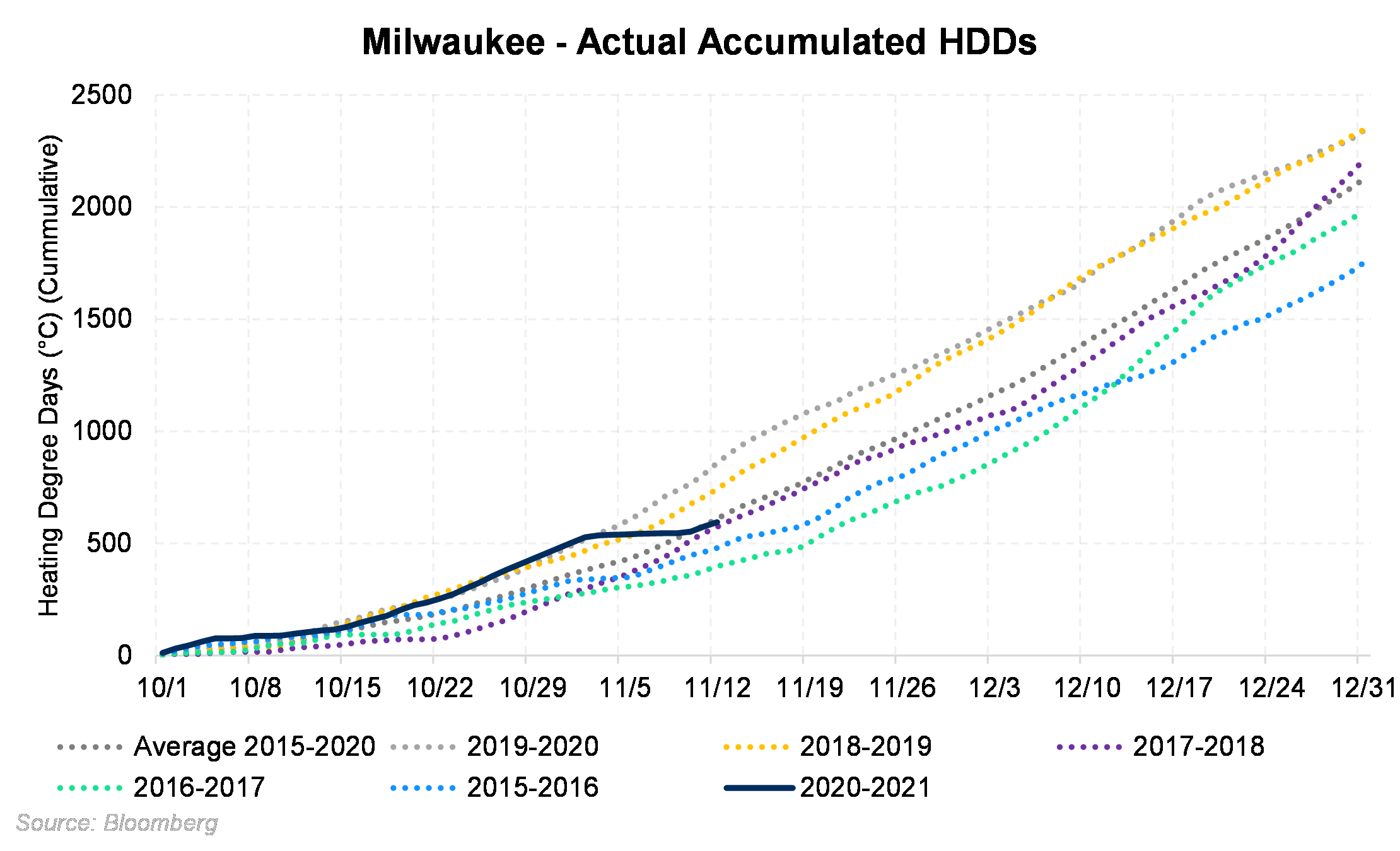 The chart below shows CIG (dark blue line) through 2022. The strip has been relatively strong when compared to years' past. The reduction in associated gas production due to crude oil's price crash has lifted many gas prices in oil-dominated plays. 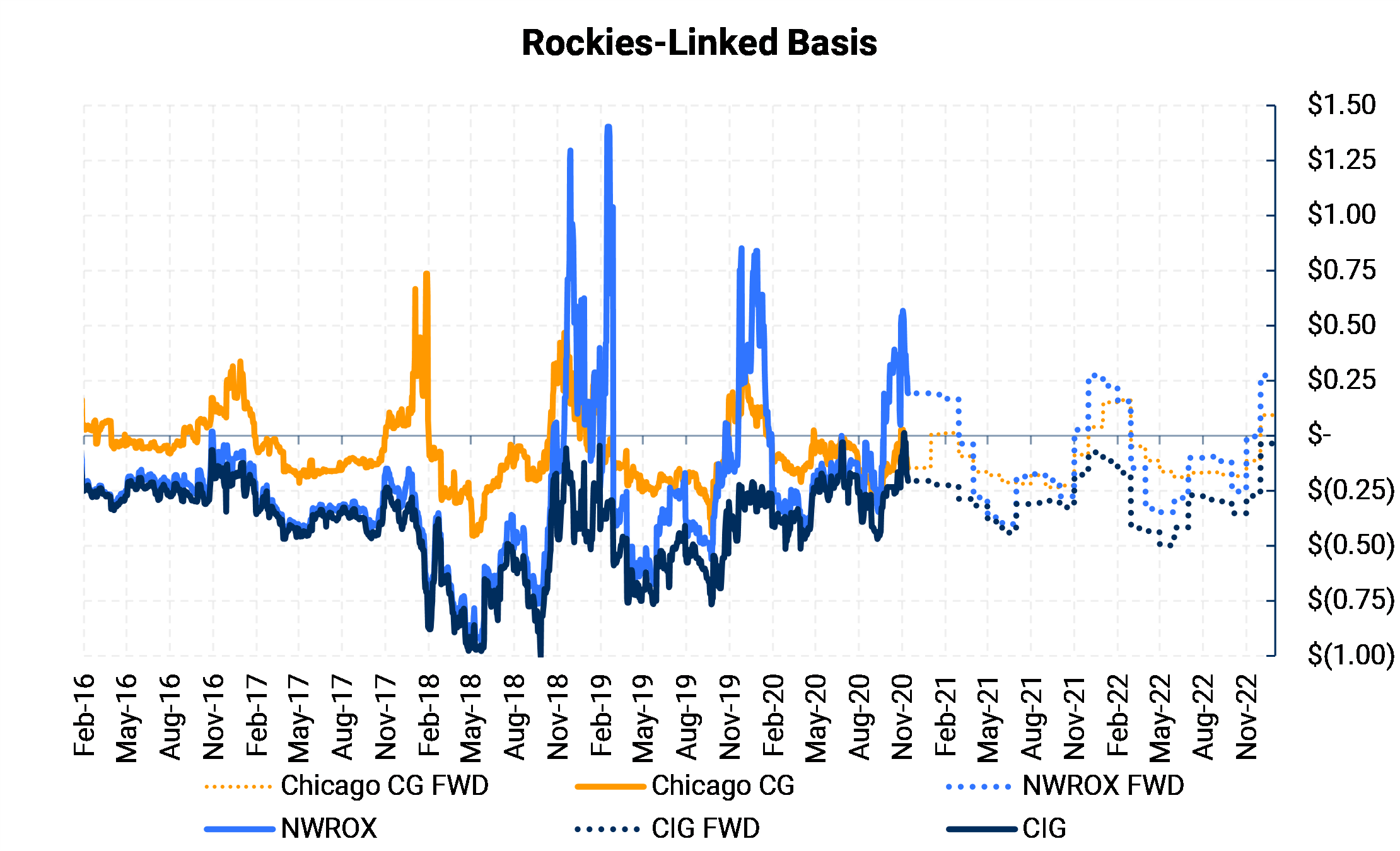 The CIG forward strip benefits from the current and forecasted decline in DJ basin gas production as shown in the chart below. Lower Rockies area production will result in less supply having to flow out of the area heading east on Rockies Express (REX). In previous times of low local demand, Rockies gas has run on REX at max capacity. In the winter most of the Denver area production stays home to fulfil local demand. The REX chart below shows how the dip in DJ production starting back in May was lower than what is typical for that time of year. AEGIS has been advising clients with CIG exposure to take advantage of its historically elevated levels, despite lower pricing so far in November. Yes, we have seen CIG trade close to parity with the Hub when forecasts turn cold, but not locking prices in here might be betting on better weather.