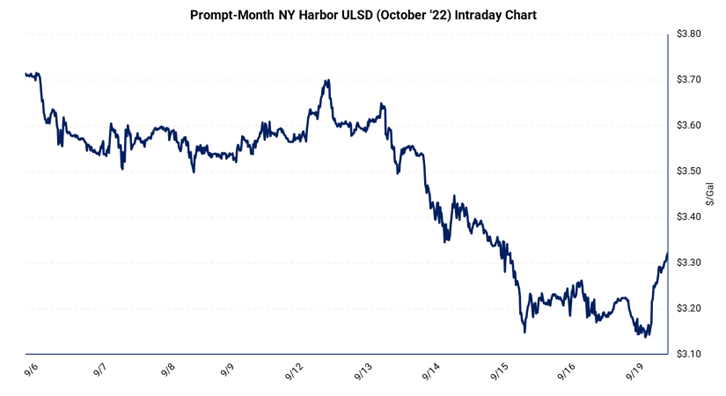 September 19, 2022 - On Monday, New York Harbor Ultra-low sulfur diesel futures fell to as low as $3.13/Gal, its lowest level since March. October ’22 NY Harbor ULSD futures are down 8% over the past week finishing at $3.311/Gal. The above chart clearly shows the price decline over the past week. Two major factors contributing to the price weakness in the short term could be the reports of China increasing fuel exports and the low U.S. distillate product supplied.

Demand could be weakening in China. The country’s diesel exports surged to 0.830 million tonnes (0.200 MMBbl/d) in August, the highest since July 2021. With possibly fewer gallons consumed in-country, more volumes have been marked for export. But there are limits.

China’s fuel-export quota system governs how much of the spare volumes can be offered into the international market. The government allocates export quotas based on domestic seasonal demand, inventories, and economic policies. Exports may climb further as independent refiners and traders, who account for nearly 35% of total refining capacity in China, have applied for an extra 15 million tons (3.063 MMBbl) of export quota. This has weighed on diesel margins globally. 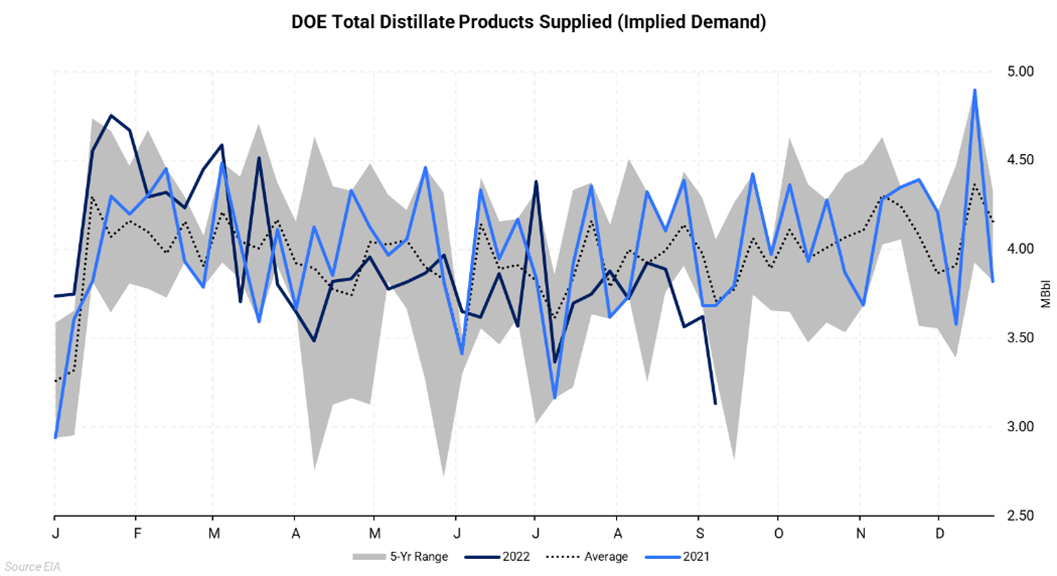 On the demand side, the above chart shows a seasonal chart for the U.S. distillate (mostly diesel) products supplied, which is a proxy for consumption. Diesel consumption is often used as an indicator of economic activity, and right now, EIA data on demand fell 14% last week to its lowest seasonal level in a decade. It could be a warning that soaring inflation and rising interest rates may be taking their toll.