Future gas-basis pricing at the Eastern Gas South Hub, formally known as Dominion South, has been deteriorating since late last year. The Summer 2023 strip (see chart below; purple dotted line) has fallen a whopping 60c since early January this year, to -$1.41 as of May 11.

The reason for the continued decline across the curve remains the same: a lack of egress capacity for even modest production growth. 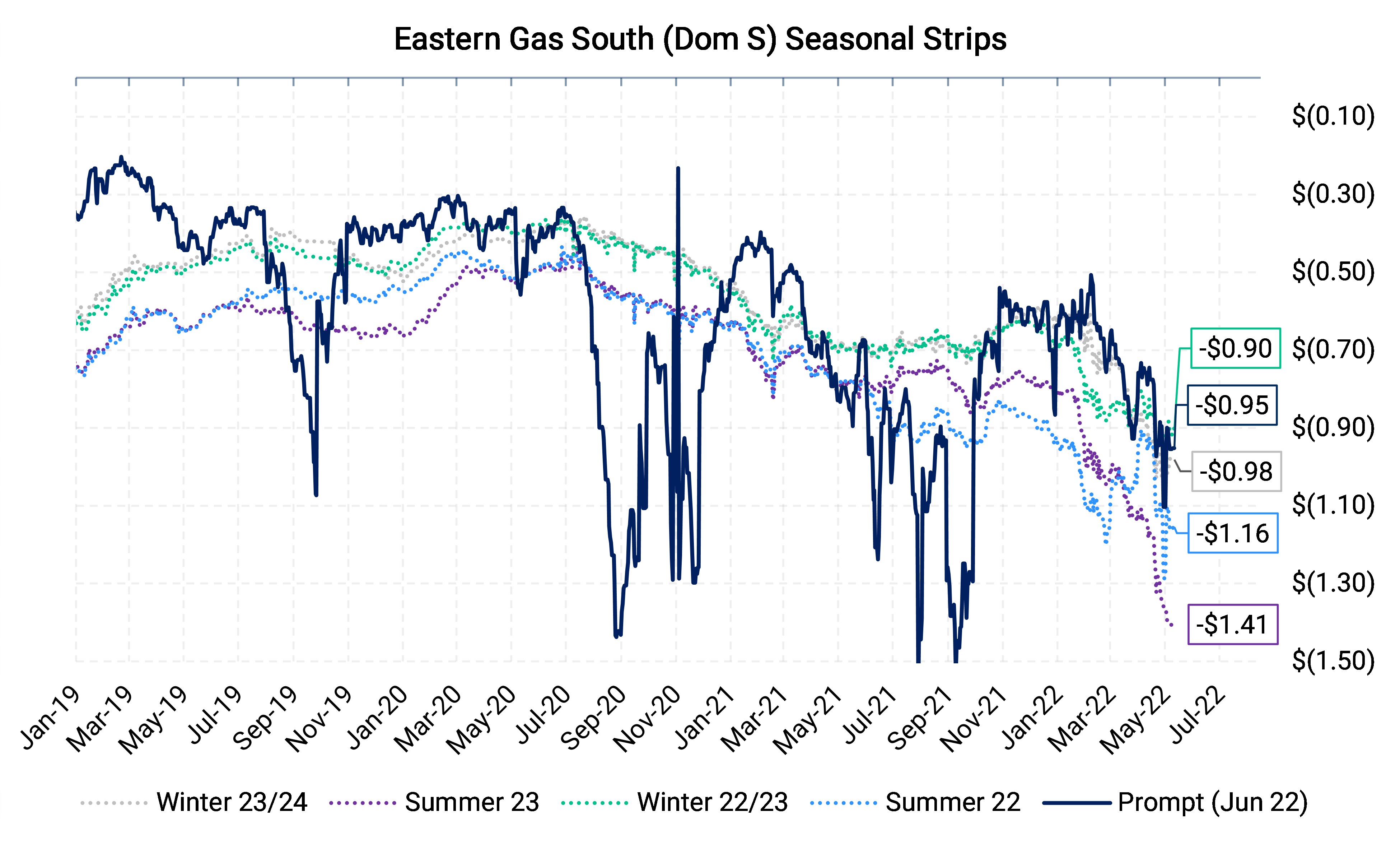 The latest delay for MPV is no surprise to many. In fact, the Eastern Gas forward curve, a proxy for prices in Southwest Appalachia, looks to have given no credit to MVP’s previously guided in-service date of July 2022. Strip pricing for Summer 2023 is nearly the same as it was prior to Equitran’s adjustment to its project timeline.  If this had been a surprise, we would have expected some evidence of selling basis (price decreases) near the previous in-service date and later.

MVP was originally slated to be in service by 2018 but has been hit with many legal challenges. The pipeline project was first estimated to cost $3.5 billion, but delays have increased the cost to $6.6 billion, per the company’s latest disclosure. 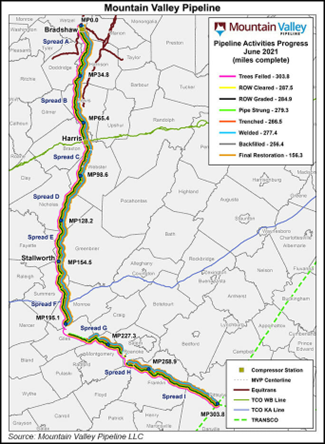 Without MVP, Appalachia is expected to continue testing egress capacity in times of low local demand. In the past, gas basis in the region has suffered when takeaway capacity runs at high utilization. In times of tight outbound takeaway pipeline availability, pipe maintenance, and or unplanned outages can often send a local basis much lower. Little (probably near zero) extra pipe capacity means price risk is skewed to the downside. For example, the TETCO pipeline, which moves gas from the Northeast to the Gulf Coast, has been a repeat offender over the past five years as explosions and leaks have removed it from service for periods of time. Prices plummeted. Every cubic foot of capacity matters a lot.

The uncertainty around the timeline of MVP’s in-service causes us to expect flat-to-lower prices for Eastern Gas South versus today’s curve. It is difficult to craft a compelling case for material improvement in that curve without either production declining (which we don’t expect) or additional infrastructure (which is uncertain at best).