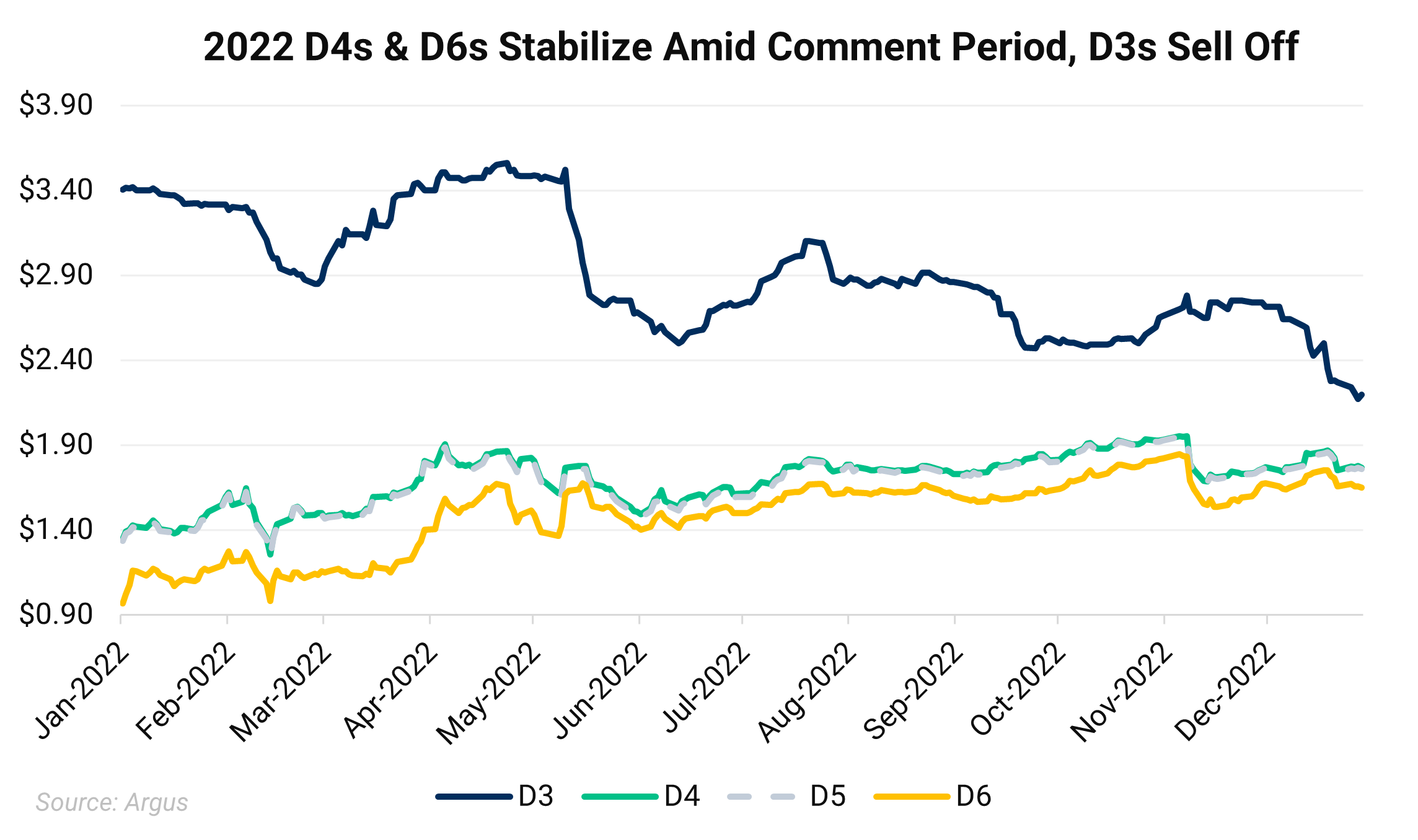 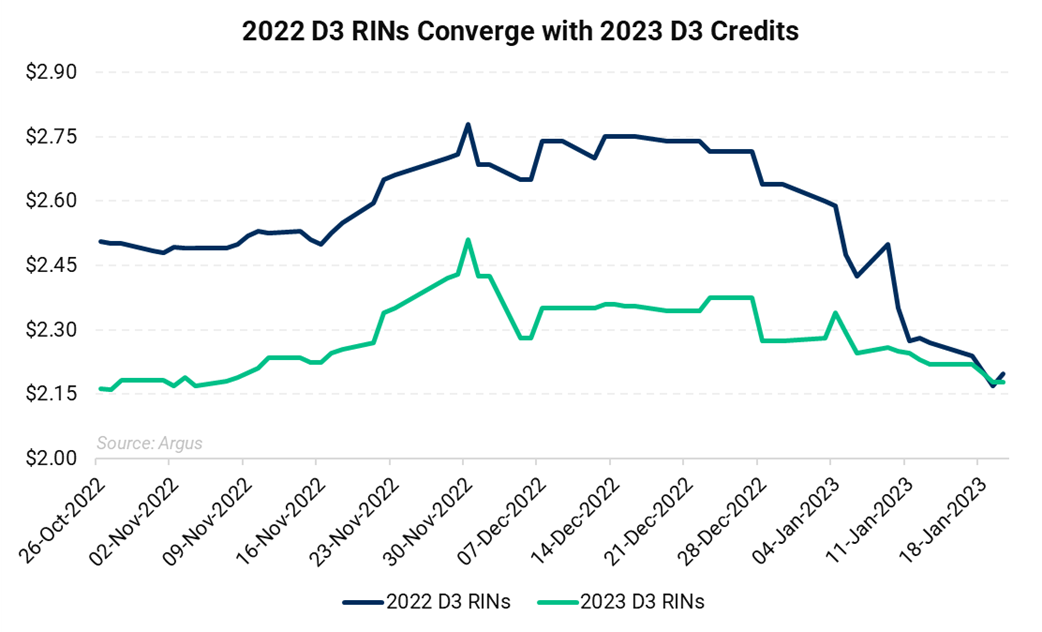 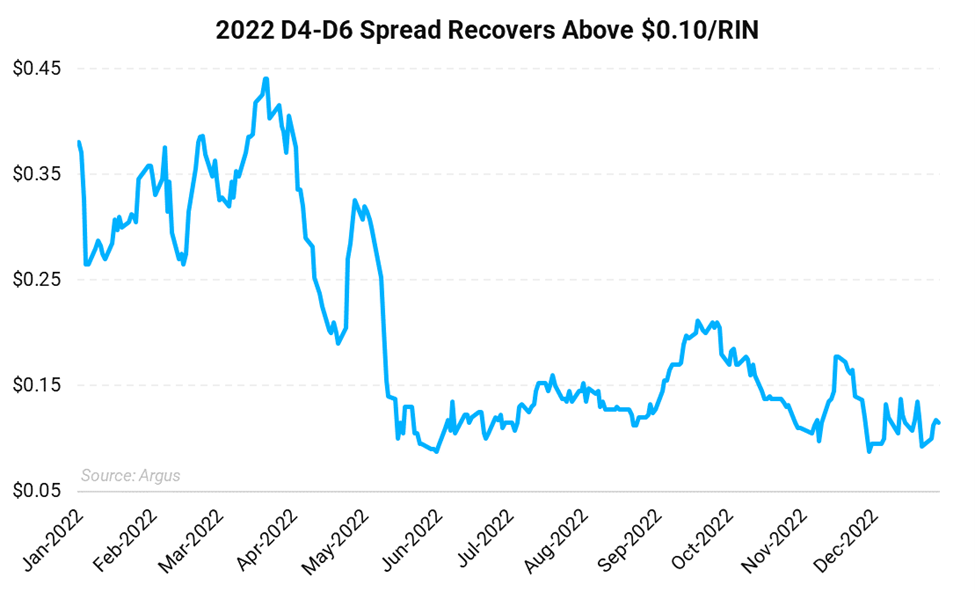 The 2022 D4-D6 spread recovered above the $0.10/RIN mark after narrowing to as low as $0.087/RIN last month. The move came as diesel prices rebounded more than 10% adding modest support to the D4 RIN market, while government data showed the US blended in excess of the 10% ‘blendwall’ last year reaching as high as 10.5% during the summer season when ethanol blending is constrained by RVP.

A wider D4-D6 spread implies a looser D6 supply as the D4 credit is the next vehicle of compliance in the absence of sufficient D6 RINs or the ability to use carryover credits. Conversely, a narrow D4-D6 spread implies a tight supply of D6 RINs. The theoretical cap on the spread is parity, though D6s have traded at modest premiums to D4 credits in extreme circumstances (note 2013). 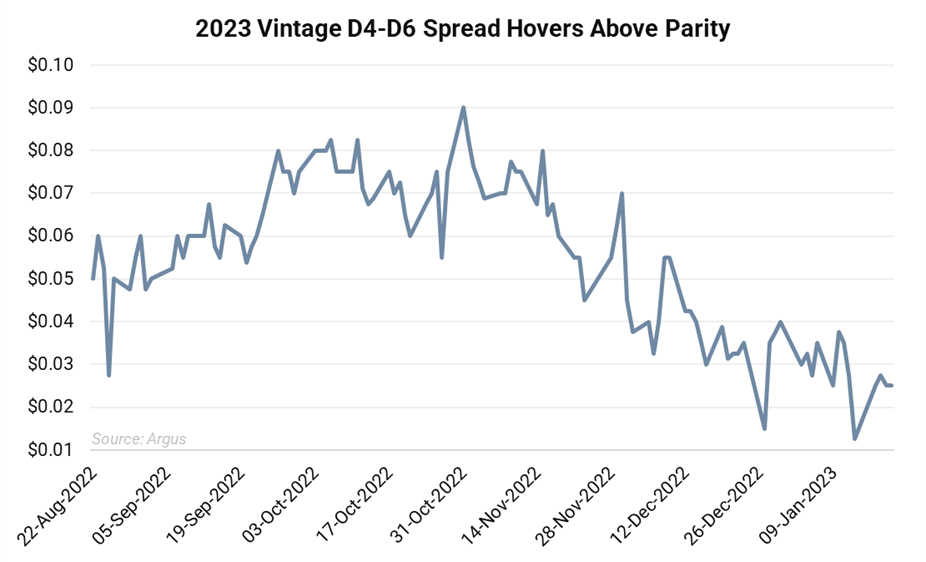 The 2023 D4-D6 spread stands in stark contrast to the 2022 supply balance. With the spread averaging $0.028/RIN over the course of the month, the market views a much tighter D6 market relative to the advance credit market. This is in line with the more stringent ethanol targets in the proposed ‘Set Rule’ alongside more achievable advanced compliance. The bulk of this narrower spread relationship is driven by lower priced 2023 vintage D4 credits.

The remainder key RIN spreads have been in a choppy holding pattern throughout the EPA’s public comment period. The 2022-2023 D6 spread has ranged between the $0.015/RIN to $0.02/RIN mark. Current year vintage D6 RINs have climbed nearly $0.09/RIN since November in response to D6 tightness and more stringent compliance targets through 2025.

The inter-vintage D4 RIN spread narrowed considerably from its $0.16/RIN mid-December peak to hold just over $0.10/RIN throughout January. The 2023 vintage D4 credits have risen faster than the 2022 D4s since mid-December, narrowing the spread. 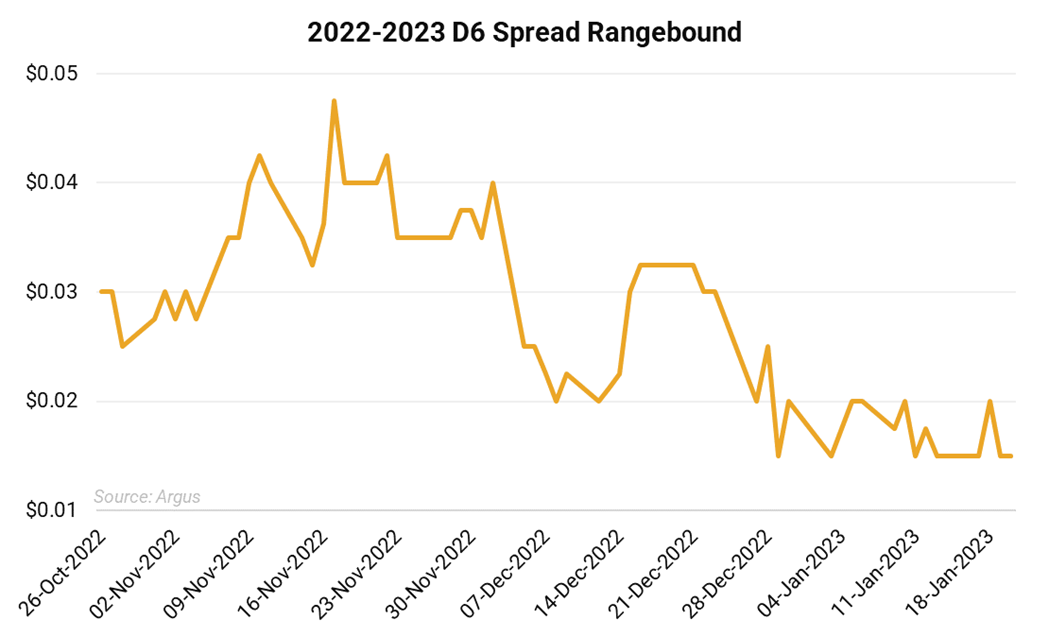 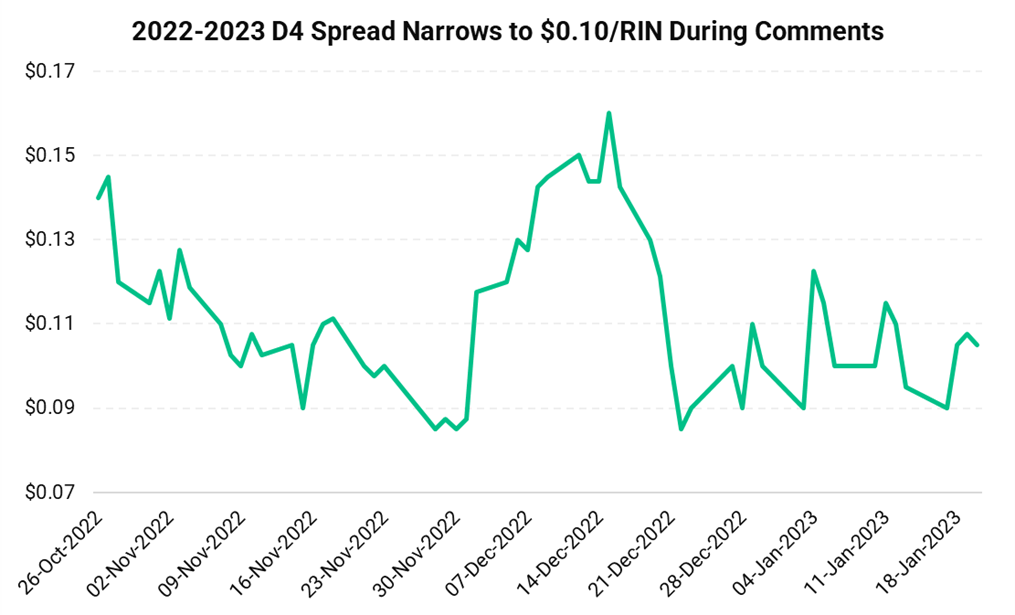 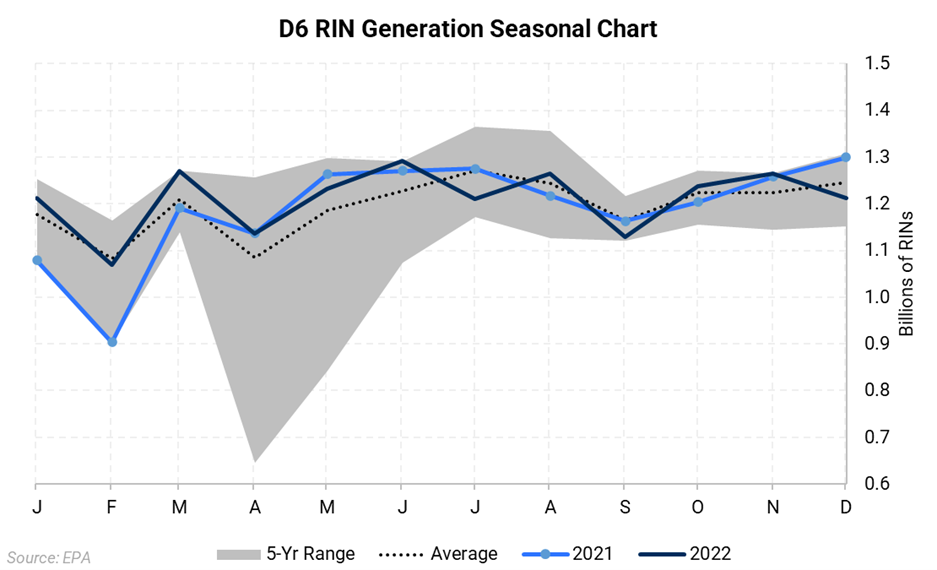 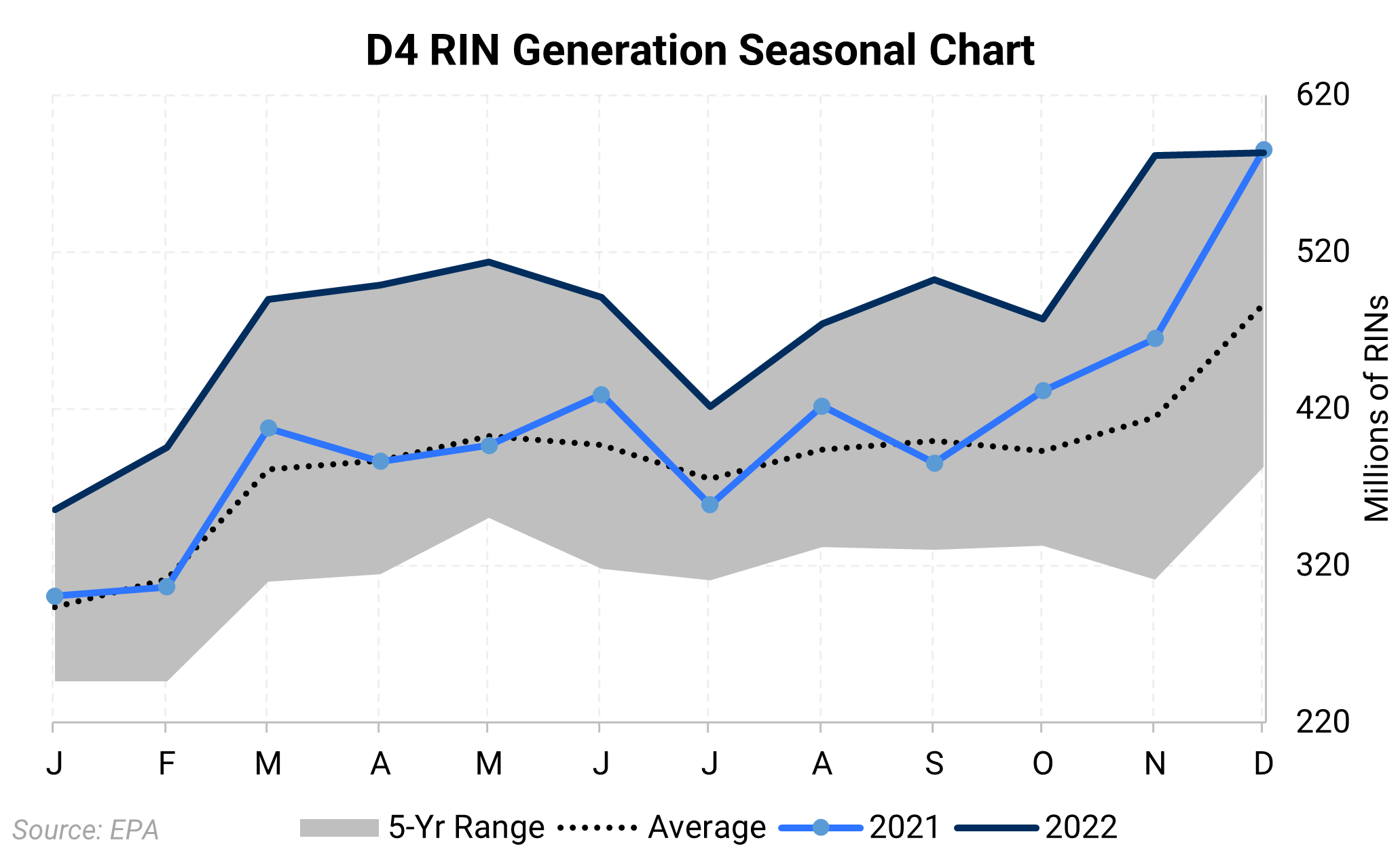 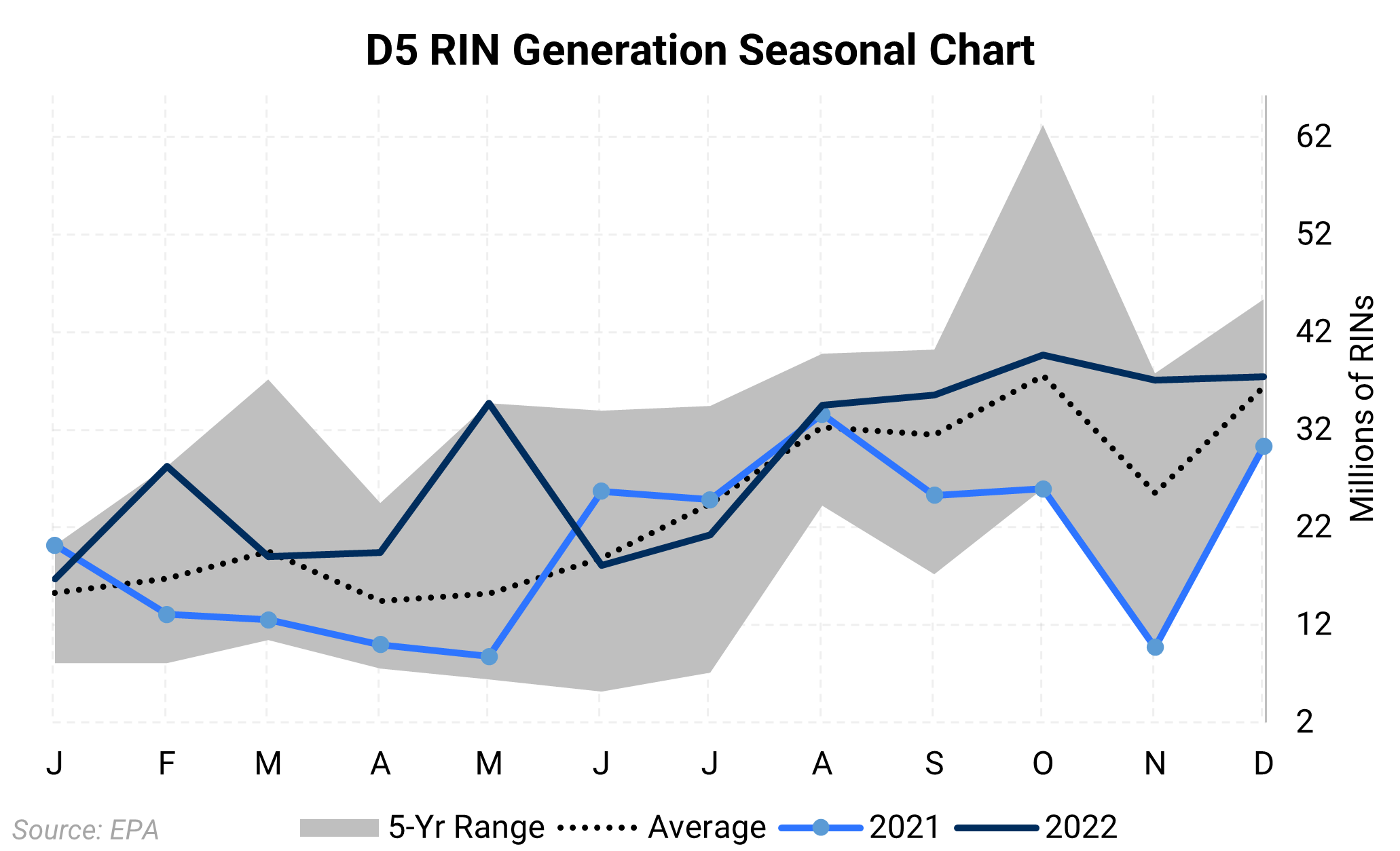 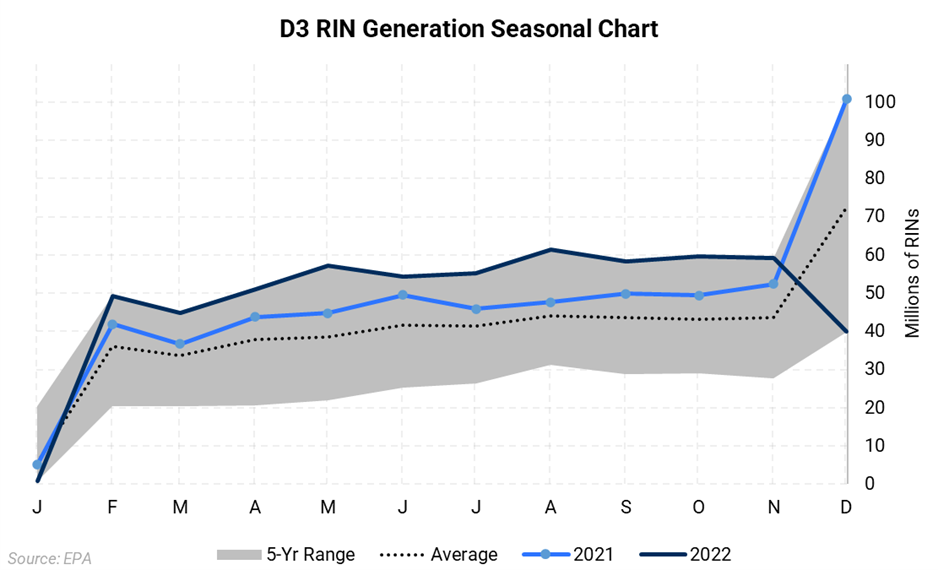 Some of the price and regulatory risk in the development of the renewable fuels markets is controllable through hedging or pre-selling. Other risks require constant monitoring of pending changes to regulations and programs. AEGIS  can help with both.

Our environmental experts are here to help you. If you’re facing price or regulatory risk, reach out today.

Connect with us Today