NYISO J Off-Peak:  The curve from Dec ’22 to Dec ’25 is backwardated/flat. The perceived market confidence for a 2024 start date has declined significantly in the last 9 months. AEGIS has not seen a formal change of course from New York other than a continued slow pace during the process.  The market is currently not pricing in carbon fee as it did back in 2019/2020.

PJM PSEG:  Power Prices for Dec-24 to Dec-27 is lower than Dec-22 and Dec 23.  The market is not appeared to be pricing in any additional carbon (besides RGGI) as the CPSTF is sunsetting. 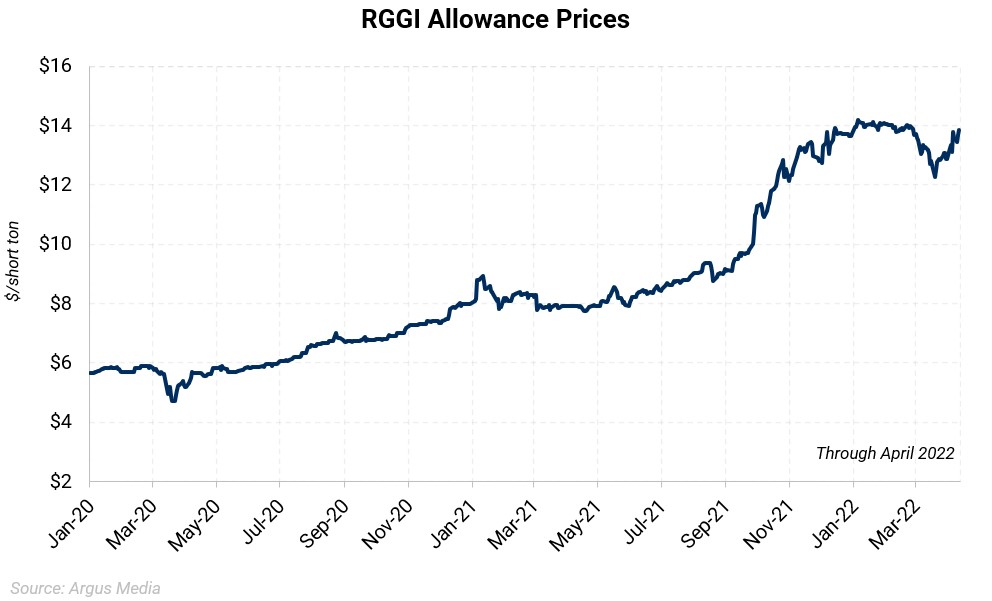 EACH CLIENT MUST RELY ON ITS OWN EVALUATION OF THE SUBJECT MATTER PRESENTED IN THIS DOCUMENT.  THIS DOCUMENT IS NOT TO BE CONSTRUED AS INVESTMENT, LEGAL, OR TAX ADVICE OF ANY KIND.